When you're arrested for a crime, such as traffic offenses, there is a lot going through your mind, such as what will happen next, when will I get out, how do I tell my boss, and the like. Plus, there are now court appearances and lawyers you'll have to contend with, but getting out of jail is your top concern.

Smith Bail Bonds is a local bail bondsman with offices serving Southeastern Missouri. We offer a simple, easy-to-follow bail bond process so you can get out of jail quickly and with minimal hassle. Our 24-hour bail bondsman can help walk you or a loved one through the bail bonds and have your paperwork done quickly for the courts. Getting you out of jail and back to your life is our number one priority. If you are in Cape Girardeau, Jackson, or Charleston, call our local bail bondsman today! 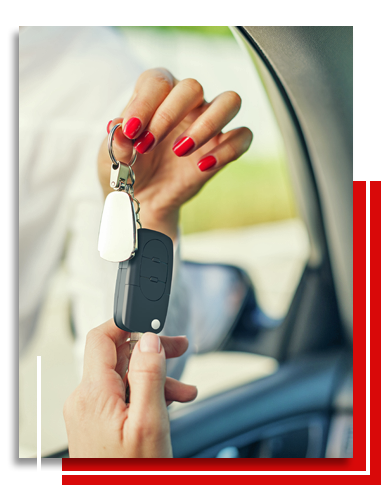 As you can see from the above list, traffic offenses vary widely. They are classified into two types: moving and non-moving violations. For the most part, moving violations carry higher penalties due to the simple fact that there is a higher likelihood that you could cause damage or injury to others. Driving offenses can be further characterized as:

Although more serious than traffic infractions, misdemeanors are less severe than felony traffic offenses and can have a jail sentence if convicted. Missouri has five classes of misdemeanors: A, B, C, D, and unclassified, which indicates the seriousness of the charges.

In the state of Missouri, speeding can be a misdemeanor if driving more than 20 mph over the speed limit. Failure to yield to an emergency vehicle is a Class A misdemeanor as well. A DUI or DWI are similar charges that are misdemeanors if you’ve never been charged with a misdemeanor before.

Felony traffic offenses are the more likely to result in an arrest and the need for a bail bond agent in Southeastern Missouri, such as Smith Bail Bonds. They are serious crimes that can result in significant jail time. These will most likely require a criminal defense attorney. Carjacking someone and using or threatening to use physical force on someone in order to steal their car is a class A felony, which could be punished by up to 30 years in jail. Stealing a car is a class D felony with fines of up to $10,000 and imprisonment up to seven years.

With over 20 years of experience, our caring bail bondsmen can help you get out of jail if you’ve been arrested for a traffic offense. Either you or a loved one can initiate the bail bond process right over the phone, 24-hours a day, 7 days a week. We’ll gather the information we need, such as what crime you are accused of committing and what jail you are being held at. Then we’ll collect our fee, which is a certain percentage of the bail set against you. Once that has been done, it’s just a few hours as long as the courts are open for processing. Then, you can return home to your family and begin to take the next steps.